skip to main | skip to sidebar

"Don't call our art Foley!" That's what my mentor, Cliff Thorsness told me, years ago. Cliff was a sound effects artist at CBS's Hollywood radio studios from 1938-1962 and worked with Orson Welles, Norman Corwin, Jack Benny and all the greats. Radio sound effects are NOT the same as "Foley" used in film, although many people mistakenly call them that. A door knock is a door knock, but the philosophy and application of the sound differs.

When a film is shot, only the dialogue is well-recorded. The door slams and paper rustling often aren't well-mic'd because the film crew doesn't want the mics to be seen in the shot. So after the film has been edited for picture, "Foley artists" (named after Jack Foley who pioneered this use of sound) watch the film and in sync with the images on the screen perform and record certain sounds to reinforce the visual reality.

Radio sound effects artists do both the Foley-type human-generated sounds as well as car crashes, gunshots, bubbling vats, stampedes, machines, battles, even the destruction of planets--things done in film by a sound designer who will employ recordings or manipulate sounds electronically.

>> Read about Foley at www.filmsound.org/foley 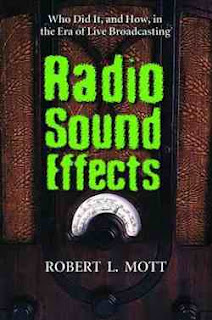 Radio Sound Effects: Who Did It, and How, in the Era of Live Broadcasting 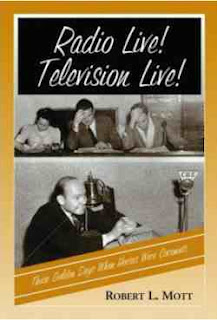